What on earth do I do when I find myself where I absolutely do not want to be?!

In a scenario I never expected?

It could be in a toxic work environment or marriage. It could be in a phase of life that I can’t get through fast enough, as in being single or in college. Another scenario is a job that is anything BUT  fulfilling. Or finding myself single and needing a job, when all I had planned was to be a stay-at-home mom. It could be in a blended family with baggage that is not going away. Or maybe held captive to the decisions a rebellious teenager is making.  It could be in a body that will not cooperate with health. Or even in a home by myself after my beloved spouse passed away much too soon.

What could I possibly do with myself, for myself, when all I feel like doing is giving up in despair, yet knowing it is NOT an option? 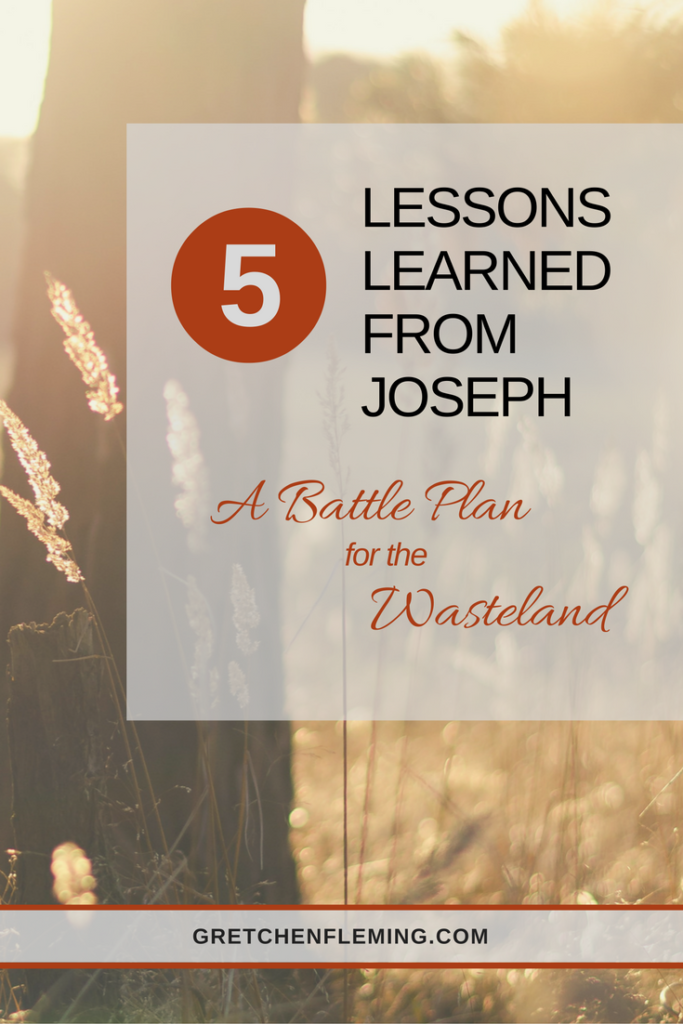 That is what I can learn from Joseph in Genesis 39-40. He is such a shining example of how to handle injustice and adversity. If I want to know how to handle life in a practical, positive way during helpless situations, when all I may feel is justified bitterness or anger, then Joseph is the man to study.

What makes him one of my heroes of the Old Testament is that he experienced betrayal, injustice, and abandonment, and yet responded to it all in such an upright manner. It is like a “how to” book on practical steps through adversity. God knew I (we) needed to know what it looks like, to prevail against times that are unjust or undeserved. Because Joseph was wronged not just once or twice, but six times by my count, he is perfect for knowing how to respond righteously so that good triumphs over evil.

Isn’t that what WE want? To overcome and prevail? But what does that actually look like in the midst of helplessness? Well, Joseph has much to teach us and hopefully, we have much to learn.

It appears that Joseph did not waste his time in the wasteland. I heard a youth pastor once say that you cannot skip a season, but you can sure waste one. Click To Tweet. Well, Joseph made the most of his!

I have seen my time in “captivity ” as well. The sad reality is that I was not near the example of Joseph. I was impatient, desperate, anything but yielded to my circumstances, and sometimes I felt like an angry child before the Lord, trying anything to fight my way free from my circumstances.

Yet I was continually inspired by my hero Joseph and eventually, I began to incorporate his life-saving, hope-filled lessons. Little by little, I began to make the most of my wasteland until one day I realized I was not in it anymore. I was free…..and like Joseph….so much better off for having been there.

« Twists and Turns To Nowhere
Eyes To See, Faith To Wait »