Why do we feel bullied?

The topic of “bullying” may be trending in our generation but it has been around for centuries. Although cyber or physical bullying may be the first to pop into our minds when we think of intimidating tactics used against others, there is another type of bullying that may be less obvious but equally threatening. This hidden bully comes in the form of the accusations and/or condemnation of others. 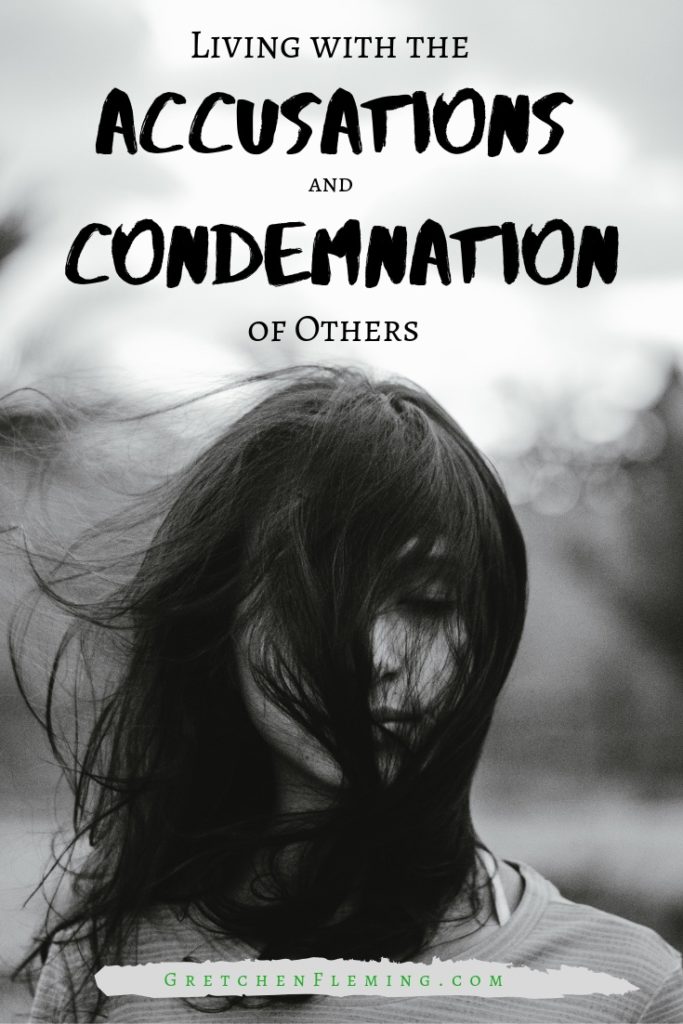 If you’ve experienced it, you know EXACTLY what I mean.

You know firsthand the waves of condemnation that roll over you as someone accuses you.

I have had trauma in my life, both physical and sexual in nature, but the emotional trauma from accusations and/or condemnation far surpass any previous damage done. The emotional scars left from “words” challenge me the most.

How are accusations challenging?

I will hear something said to me about myself or my family, and it will ricochet around my mind for a long time. There is great difficulty in preventing these words from finding their way to my heart, which results in their tendency to become my identity.

This process can send me spiraling downward into self-loathing from my perfectionistic, people-pleasing tendencies. It can put me on the defense as I try to respond to such statements. Whether full-on verbal accusations or subtle innuendos, I find them equally challenging.

I’m not talking about the factual charges that can be brought against someone but the subjective kind. These statements, based on personal opinion or feelings, are difficult to refute objectively and are the most challenging to encounter. All it takes is someone willing to voice their “judgment” for the accusation/condemnation to have its goal- power and/or control over another.

Some people readily enjoy using these bullying tactics more than others. Pride and insecurity seem to be at the root of those trying the hardest to condemn their way through life. They feel threatened in some way so they are seeking to establish their position of superiority.

This can happen among nations, in our communities, in our workplaces, even in our churches or homes. Wherever there is a struggle for significance, there can be bullying in the form of accusations/condemnation.

Most of us have experienced this at one time or another, whether sporadically or regularly.

And surprisingly, so did Jesus.

How did Jesus handle it?

Jesus stepped into a boat, crossed over and came to his own town. Some men brought to him a paralyzed man, lying on a mat. When Jesus saw their faith, he said to the man, “Take heart, son; your sins are forgiven.”

At this, some of the teachers of the law said to themselves, “This fellow is blaspheming!”

Knowing their thoughts, Jesus said, “Why do you entertain evil thoughts in your hearts?  Which is easier: to say, ‘Your sins are forgiven,’ or to say, ‘Get up and walk’?  But I want you to know that the Son of Man has authority on earth to forgive sins.” So he said to the paralyzed man, “Get up, take your mat and go home.” Then the man got up and went home.  When the crowd saw this, they were filled with awe; and they praised God, who had given such authority to man. Matthew 9:1-8

Jesus did not wait for the religious leaders to even voice their accusation/condemnation against Him before He addressed it head-on, calling it evil!

They were afraid of losing their position of authority in the eyes of the people so they sought to control Jesus through their charges. The irony that they were accusing Jesus of identifying Himself falsely as “God” when in fact it was the truth, is not to be missed.

That is what makes accusations/condemnation so challenging. Truth can get lost in the process because either it is difficult to prove or impossible to convince someone even if there is proof.

An accusation only needs to be lobbed in a general direction to have an impact- condemnation plain and simple.

You do not measure up.

The religious leaders could not realistically do anything against all the miracles and authority Jesus exercised, so they tried to intimidate Him as they had so often before with the Jewish people. They would try to force Him into meeting their expectations.

What can we learn?

There are several lessons on how we can “process” accusations from studying the way Jesus handled the religious leaders. I think they’re valuable to remember in our own lives as we encounter those who whether knowingly, or unknowingly, pressure us.

As a work in progress in this area, I by no means have this down in my life. But I know He is the One I am to follow in order to gain the perspective God intends for me.

6 Ways to process accusations from others

1. Just because you are accused doesn’t mean that you are wrong.

An “offense” is not legitimized by an accusation or condemnation. Otherwise, Jesus would not have been the perfect sacrifice. We know that  He had many accusations hurled at Him with heaping doses of condemnation from His family to those in His community, yet He was sinless. So that means just because people accused Him doesn’t mean that He was actually at fault. As believers, we may have to live righteously even while being accused wrongly.

2. Always remaining passive about accusations from others is not healthy nor does it make us more godly.

While Jesus did not address every accusation sent His way, He certainly chose to confront many of them. He did not let untrue, harmful statements slip by without offering accountability. He was not afraid to call people out for falsehood. Being “nice” (passive) is not the same as being godly. Christ stood up for what was right even when He was perceived as being wrong.

Christ stood up for what was right even when He was accused of being wrong. Click To Tweet

3. Being Christlike is going to require courage.

An additional passage about Jesus standing up to bullies is found in Mark 3:1-6.

Another time Jesus went into the synagogue, and a man with a shriveled hand was there. Some of them were looking for a reason to accuse Jesus, so they watched him closely to see if he would heal him on the Sabbath.  Jesus said to the man with the shriveled hand, “Stand up in front of everyone.”

Then Jesus asked them, “Which is lawful on the Sabbath: to do good or to do evil, to save life or to kill?” But they remained silent.

He looked around at them in anger and, deeply distressed at their stubborn hearts, said to the man, “Stretch out your hand.” He stretched it out, and his hand was completely restored.  Then the Pharisees went out and began to plot with the Herodians how they might kill Jesus.

Jesus was not going to be bullied into denying what He knew what was right in practice and belief. The religious leaders were trying to control Jesus and the Jewish people. They wanted to be in charge of what took place in the practice of faith so they sought to influence it by redefining God’s truth. Christ courageously confronted their error while continuing to do what He knew was right in the eyes of God.

4. We have to know for ourselves what God’s Word says.

To adequately identify what is right or wrong in God’s eyes, we must comprehend His viewpoint for ourselves. We cannot depend on others to define righteousness or unrighteousness. We must learn it in order to abide by it. That way when someone tries to pervert the truth through accusations/condemnation, we recognize it immediately. God’s Word, along with Jesus’ example, should be our guidance and confidence.

5. We must rely on the Holy Spirit to determine the appropriate response.

It can be tempting to be just as ugly back as we confront accusations. Jesus was ALWAYS the picture of self-control as He addressed bullies. He did not sin to warrant the condemnation of others nor did He sin as He confronted them. He was balanced with grace and truth but He was unmovable on what was loving and right. Christians are allowed to be firm yet we should never be ugly.

6. The Bible never teaches that we are to meet the expectations of others as we seek to love them.

If it is possible, as far as it depends on you, live at peace with everyone.

We are called to love others but living in peace with them is sometimes another issue. John 13:34-35 teaches that we must love one another with an agapeo love, which means loving others in their best interest. It does not mean to their expectations or what they even desire. Just as God loved us by sending His Son, no one asked for this in the first place but God did it anyway. He deemed it necessary to do what we needed not necessarily what everyone wanted.

Through the Bible and the Holy Spirit, we are able to learn what love is and how to love others. We must remain aware that loving them does not always mean we meet their expectations nor does it mean we are unloving when we don’t.

It is my prayer that as we study the life of Jesus, we can learn practically how to love others in truth. Sometimes we are loving the least when we choose not to confront those who distort the truth the most. 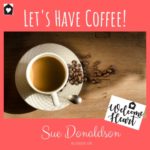 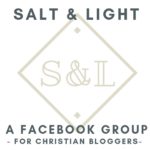 « Where Are We Leading Our Children? Our Greatest Responsibility in Motherhood
8 Ways To Counter Discouragement »