Are you being criticized?

How hard do YOU try? Are you a people-pleaser like I am?

Do you exhaust yourself trying to achieve (self-perceived) goals of satisfying others? Are you finding yourself striving diligently to appease someone who keeps raising the bar higher? 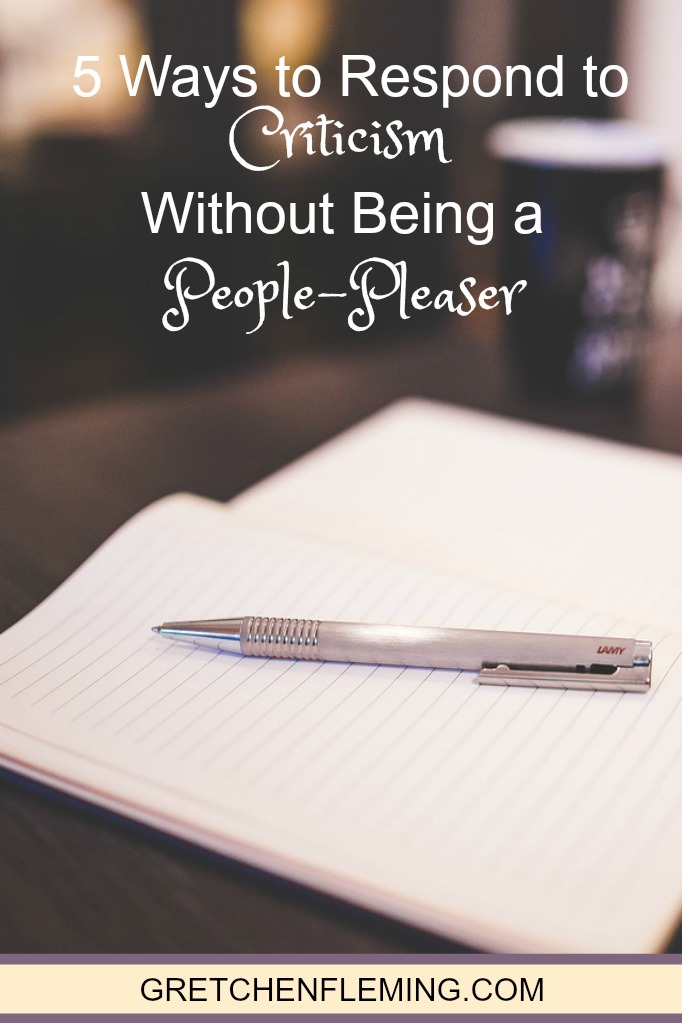 Sometimes, it seems that you just can’t win for losing. As hard as you try, there is no validation to be had. No approval is given.

“No! Not yet. But keep trying!” is the only response that reverberates through your heart.

Whether it comes from a boss or a co-worker,  a spouse or a child, a friend or a relative, meeting their expectations or silencing their criticisms will be like finding the elusive pot of gold at the end of a rainbow.

Not going to happen……

Do you keep trying? Is it time to get “ugly”? Are you allowed to give up and move on?

How was Jesus criticized?

Allowing myself the leisurely rate of reading through the gospels, I am finding lesson after lesson where Jesus is repeatedly hit with critical words/questions. As Perfect as He is, I am astonished that even He was “missing the mark” when it came to satisfying His critics.

As Jesus went on from there, he saw a man named Matthew sitting at the tax collector’s booth. “Follow me,” he told him, and Matthew got up and followed him.

On hearing this, Jesus said, “It is not the healthy who need a doctor, but the sick. But go and learn what this means: ‘I desire mercy, not sacrifice.’For I have not come to call the righteous, but sinners.”

Jesus was fulfilling His purpose given Him as the Son of God. Yet, the Jewish people found fault after fault with Him.

Matthew 9:14-17 shows again their consistent criticism of Him.

Then John’s disciples came and asked him, “How is it that we and the Pharisees fast often, but your disciples do not fast?”

Jesus answered, “How can the guests of the bridegroom mourn while he is with them? The time will come when the bridegroom will be taken from them; then they will fast.

Jesus was judged and criticized for what He did AND for what He didn’t do. In this chapter of Matthew alone, 4 out of 6 segments of Scripture deal with Jesus receiving grief for His actions.

I think we can all understand how it feels to try immensely to do right by others but yet receive only criticism in return.

When I received criticism

I remember organizing a huge undertaking one summer years ago. Beginning a new community Bible study ministry, I endeavored to offer summer classes along with childcare. Over 200 women signed up along with 250 children!!

Panic-stricken, I had to come up with workers for that all those children of the moms wanting to study God’s Word. It was a great problem to have really but if you know this aspect of women’s ministry, you know how daunting childcare issues can be.

Although I organized as many as I could, we were still was short. I then pleaded for my husband, mother, father, mother-in-law, and sister-in-law to help with my childcare needs.  I don’t remember the total number of workers that summer, but to God’s grace and their abundant love (and pity probably), they made it just enough. Mind you, my husband and father adjusted their work schedules to do this.

I’ll have you know, as the first day completed, I walked up to my husband’s preschool classroom where he was working just as one of my friends came to pick up her son. Naively, I asked her how it was going and she had the inclination to inform me that her son had been “bored” in this class.

I was dumbfounded! For months, I had been on my face before the Lord in order to come up with workers for 250 children to teach them Bible stories with activities, and she had the nerve to complain about my husband’s class!!

Promptly, I asked her if her husband would be available to take off work next week to come help……she stammered her decline.

How this affected me

Receiving criticism after putting forth such effort was so disheartening. I felt like giving up. I did privately cry, out of utter frustration, after thanking and praising my husband for his sacrifice on my behalf. If I had been out to please people, I would have been tempted to become overwhelmed with defeat.

The devil knows how discouraging criticism is when we are trying our best to love and serve others. That’s why it is so important that we know how best to handle these times so we won’t walk away!

If we are a people-pleaser, we soon come to the feeling that this goal is impossible and we begin to doubt if our efforts are worth it. “They” are not enough of a reason to keep us going. There has to be a better strategy than gaining their approval or doing a good deed.

Jesus shows five better ways to respond to criticism without becoming entangled as a people-pleaser.

5 Ways to respond to criticism without people-pleasing

1) Know your purpose and stay in your lane.

Jesus knew what His purpose was and He stuck to it.  Christ did not stick His nose where it didn’t belong nor get entangled with matters that distracted Him from what God had given Him to do. He was focused on His responsibilities and maintaining a close connection with His Father. His life consisted of knowing what God wanted of Him and fulfilling it. As long as God was pleased, that was all that mattered. Pleasing others was not His purpose nor His motivation.

2) Love others in their best interest.

Agape love, the kind of love in the Bible that Jesus teaches us that we are to have for God and others (Matthew 22:36-40), is a love based upon the direction of our will. It is not merely an emotion but acting for the good of another. Christ loved God by obeying Him and loved others by serving them. His choices on acting in love were determined through His perspective of what God’s will was. Loving others does not mean you will necessarily meet their expectations. Jesus exampled this throughout His life.

3) Address complaints with explanations, not arguments.

Jesus explained Himself many times, but not EVERY time. He sought to clarify and teach but He refused to get sucked into arguments. This is where knowing His purpose was vital. He did not NEED man’s validation. He had God’s! Because He knew His purpose, He was confident even as He explained and was still misunderstood. He could move on without their approval.

Christ did not cave into the pressure to conform Himself to His critics’ standards. Without being ugly, He recognized we can only serve one master, not two. God was it. “Man” was not. A clear conscience gives fortitude against the manipulation from others.

5) Entrust yourself to God who judges justly.

God alone is the one who will qualify all the varying opinions. Even when 100% right, we can still be accused and condemned by others. Jesus understood this all the way to the cross! He was willing to be misunderstood and leave it with God.

When they hurled their insults at him, he did not retaliate; when he suffered, he made no threats. Instead, he entrusted himself to him who judges justly. 1 Peter 2:23

Christ gives us a healthy example of a life lived contrary to the approval of others yet loving them fully in the process. These five practices help us navigate the tricky path of pleasing God even when we are unable to appease others.

Christ gives us a healthy example of a life lived contrary to the approval of others yet loving them fully in the process. Click To Tweet

We won’t achieve any real gain as a people-pleaser. We are only called to be a God-pleaser!