How much of our misery is from our own doing?

God’s Word is so enlightening. It thrills me when the Lord opens my eyes to perceive a lesson to be learned. These moments are like a lifeline in a sea of challenges. Each moment building upon another as Christ, the Author and Perfecter of my faith, transforms me one truth at a time. He is the One who gives the lesson, helps me learn it, and lastly, helps me incorporate that truth into my life. Each interaction with the Word of God, powered by the Spirit of God, molds me into the reflection of the Son of God. THAT is what brings me hope, help, and happiness.

Reading in Matthew 18:15-35 ESV  I learn just such a lesson. For the first time, I perceive the MISERY of the unmerciful servant, understanding that it was SELF-INFLICTED. While the “unmerciful servant” should have been celebrating what he didn’t owe, he chose to focus on what he was YET owed.

The notion is shocking really! To consider what he missed out on and who was to blame for that is egregious. 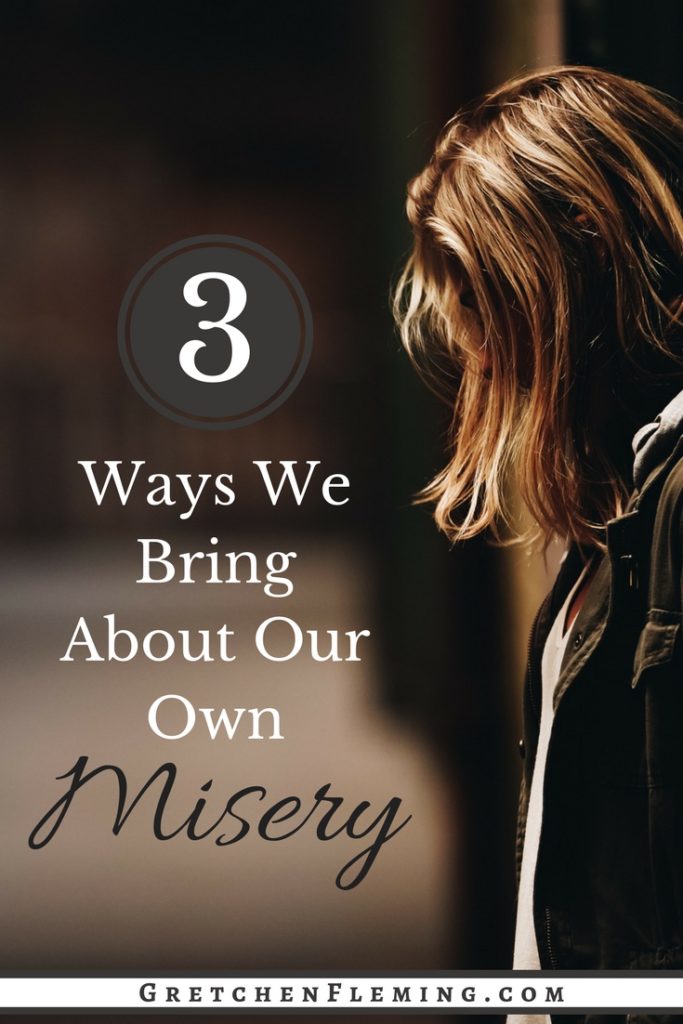 To have been relieved of a debt that was so sizable that it would have been practically impossible to ever repay (it translates into a debt of millions of dollars) was a miracle! This undeserved gift was not the normal response to a proven debt, precious in its opportunity. It likens to having a terminal illness and receiving a miraculous healing. It amounted not only to his life being saved but also his wife and children from the future of slavery.

What He Had That Was Missed

What strikes me this time as I read through this familiar passage is as wonderful as his miracle was, he never enjoyed it. He didn’t take the time to celebrate his own glorious rescue!

How tragic to miss the greatest reprieve of his life. Rarely does anyone get such a second chance but how awful that his moment of jubilation was lost.

AND BY HIS OWN DOING!

In reality, he brought about his own misery because of this first mistake-

He chose to ignore what God had done for him.

While he didn’t dare ask for his debt to be forgiven, thinking that was too good to be true, he did ask for time to repay it. The truth of the matter was that the debt was impossible to repay in his lifetime. He hadn’t enough money nor did he have enough time.

Regardless, the King offered him a miracle he didn’t ask for, much less deserve. He gave him something better than time, he gave him forgiveness of the debt. A clean slate was graciously offered.

That should have been the most glorious moment of his lifetime. Yet in a matter of seconds, it was forever lost! What he had was squandered because he chose to focus on what he still didn’t possess.

The Tale of Two Sisters

This mistake also happened to two sisters, each vying for what the other had. In Genesis 29-30, Rachel and Leah are both miserable. Rachel has the love and attention of Jacob while Leah is the one bearing him sons. Each sister blatantly dismisses the blessed gift given them by God as they mourn for what they don’t yet have. Rachel wants children while Leah wants the love of Jacob.

Why is it our human nature to overlook what God has given as we hyper-focus on what He hasn’t?

Oh, the mounds of misery we bring upon ourselves!

Rachel and Leah would have been so much happier had they enjoyed the blessings they already had. They could have been celebrating but chose instead to mourn.

I can remember a time when God chastised me for overlooking what I had been given. I was feeling lonely, maybe even rejected, over some friendships. There were specific people that I just couldn’t figure out why I didn’t enjoy a better relationship. We had so much in common but I couldn’t seem to attain any interest for a friendship.

Between the pity-parties I would throw for myself and the grumbling and complaining, I lost sight of what I did possess- other great women who DID want to become my friend. Admittedly, I was trying to choose favorites. It seemed as though I wanted what I couldn’t have and didn’t really care for what I did have.

As you can guess, this brought about my misery. I was miserable because I was ignoring what God had already done for me. He knew those women who were rejecting me weren’t who He had in mind for me anyway. God chose instead to give me some women for close relationships who were much better for me in the long run. These women were Godly, mature, valued their husbands, loved generously, and were just what I needed.

Feeling convicted over my poor attitude, I began to repent and as I did, value increased over the women He had sent me. 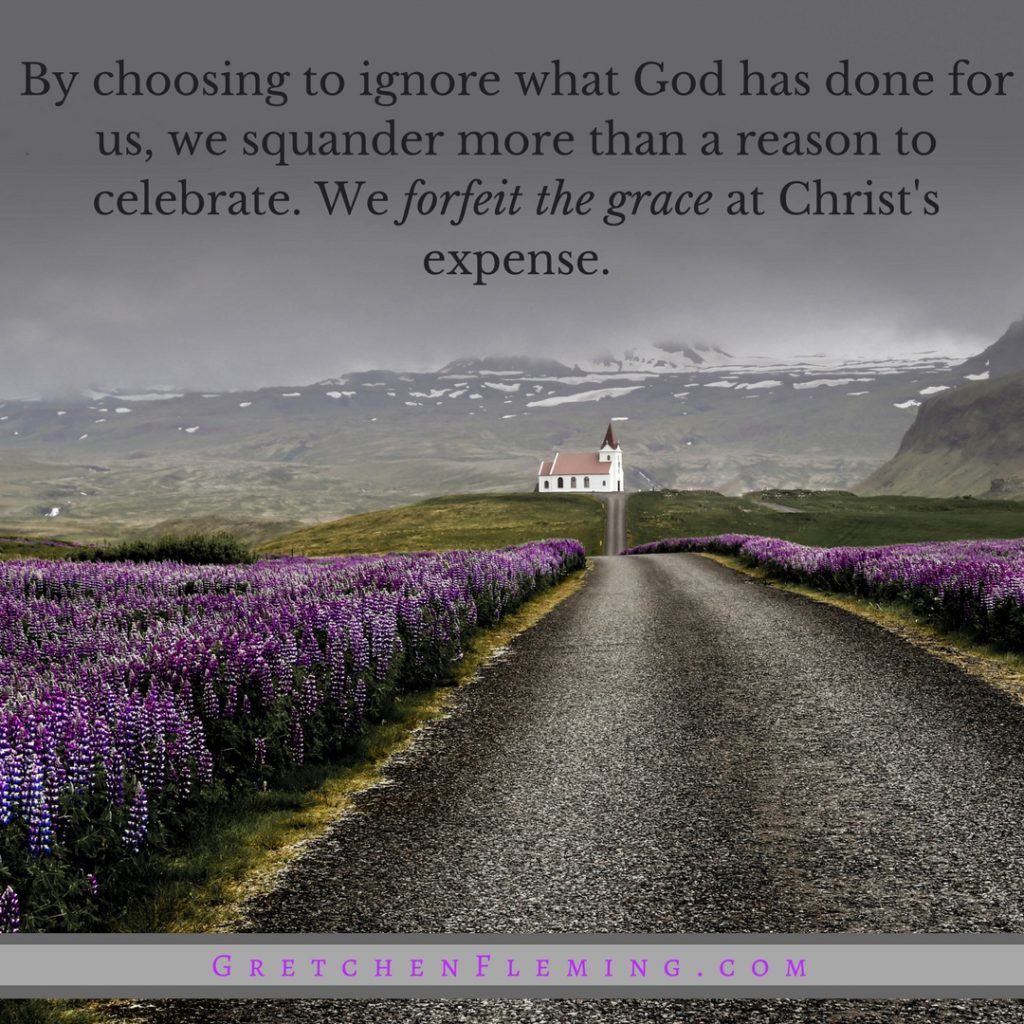 I learned the same lesson Rachel and Leah needed to learn, not to mention the unmerciful servant. When we choose to ignore what God HAS DONE, we miss out on the peace and contentment at our fingertips. We forfeit the richness of a life God has already provided!

Friend, what are you neglecting to celebrate? What has the enemy of our faith blinded you to that is wonderous and fixated you on that is grievous?

By choosing to celebrate each blessing at hand, we won’t be suckered into the trap of pride, which leaves us feeling like we are owed just a little bit more.

Come back for my next post for the second way we bring about our own misery.

Our blessings can be enjoyed for what they are- God's grace at Christ's expense. Click To Tweet