In honor of my husband’s birthday today, I wanted to share this post from 2 years ago. Happy Birthday Kyle!

Two weeks ago our oldest son got married. I made a conscious effort to make the most of each moment by keeping my phone tucked away. I didn’t take pictures or post on social media the wonderful events as they occurred but there is one moment that requires no picture to help me remember. I will never forget it.

I saw my husband out in the rain.

He was moving chairs, running errands, unloading cars, whatever needed to be done to help make that day the best for Bryce and Holli, that is what he did. I still picture him getting wet from all the time he was outside quietly serving others, back and forth countless times in the rain.

Then I noticed someone else serving just as quietly and selflessly – our daughter. She was out in the rain going back and forth as she took care of the needs of the bride and kept the groomsmen on a tight schedule (which was not easy to do) lol. She did all of this even though she was in her own bridesmaid gown with her hair and makeup already done for the wedding. She didn’t care that each time she went out into the rain, the more at risk she was of not looking as glamorous as when she was first ready.

This made me think of how she was just like her father- loving others at the expense of herself that day.

Later, I thought of how our youngest son had taken care of his new nephew so that his mom, the bride, could get ready and focus on other wedding details. He helped him get dressed as a ring bearer and included him in lunch plans with the other groomsmen the day before. He played games with him throughout the day to help pass the time until the ceremony began.

Lastly, I thought of our oldest, the groom, and how he had done more than I had ever seen a groom do for his own wedding. Even though he isn’t necessarily a “detail” kind of person, I recognized how for months he had taken care of countless details to help serve the bride as she planned the wedding.

All of this came rushing back to my mind when I opened the mother of the groom gift my daughter-in-law gave me. It said “Thank you for raising the man of my dreams” and I realized how it was due to my marrying the man of MY dreams 30 years ago. 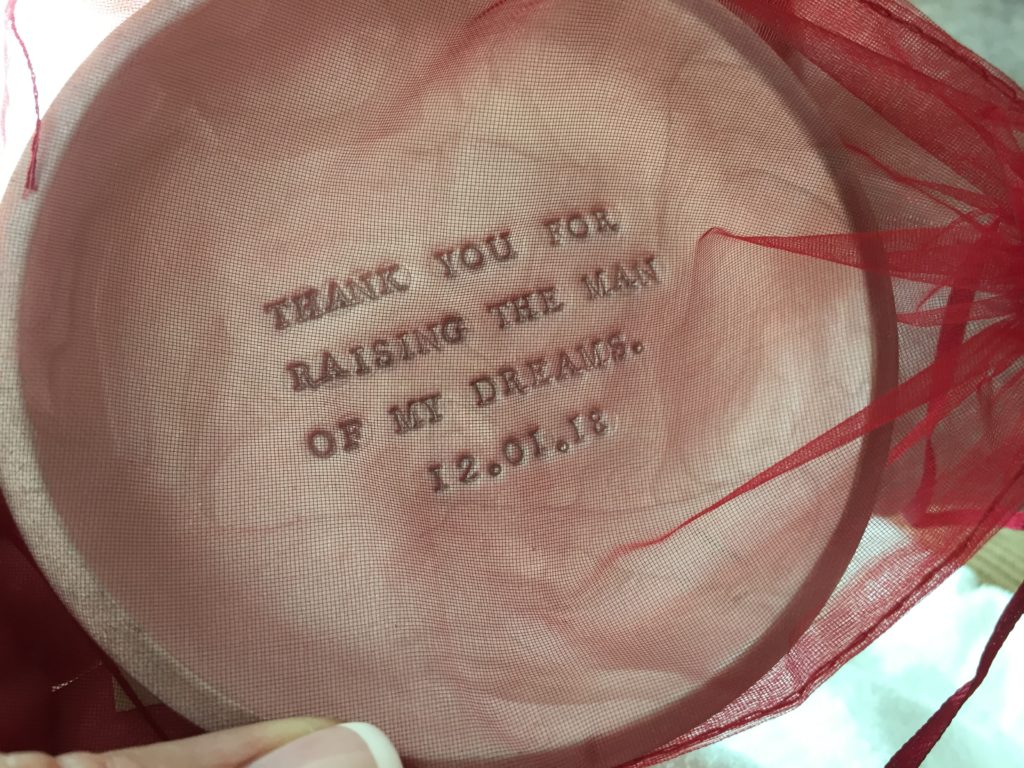 My children have been directly affected by the man I chose to marry. It drove home the point that although many men can become fathers, fewer still can be the role models their children desperately need.

As a mother, I am so very grateful that the choice God guided me to make as a wife continues to impact my children for their good and challenge me to live just as selflessly. I am humbled to be loved by such a man as this.

Thinking of how our son’s wedding day was so influenced by my husband amazes me because, at one time, I questioned if he was truly “the one” for me.

Many men can become fathers, fewer still can be the role models their children desperately need. Click To Tweet

I remember questioning how anyone could ever know if their love story would work out. With so many divorces even back then, it seemed an uphill battle to try and make it as a couple. I pondered all the couples who went down the aisle thinking they were marrying “the one” but later on, obviously they hadn’t.

We each had plenty of baggage we brought to our relationship but there was one thing for sure, we had God’s help each step of the way.  He is literally the only reason we have made it when the odds were stacked against us. Both of us recognize that fact and we are utterly grateful to have been spared what so many others have faced as families.

From meeting Kyle while I was on spring break from the University of Kentucky to seeing Him walk through our door last night on our 30th anniversary, he has been God’s gift and plan for me.

Has it always been easy? No, not at all! But in those challenging moments, I always went back to what I knew to be true. 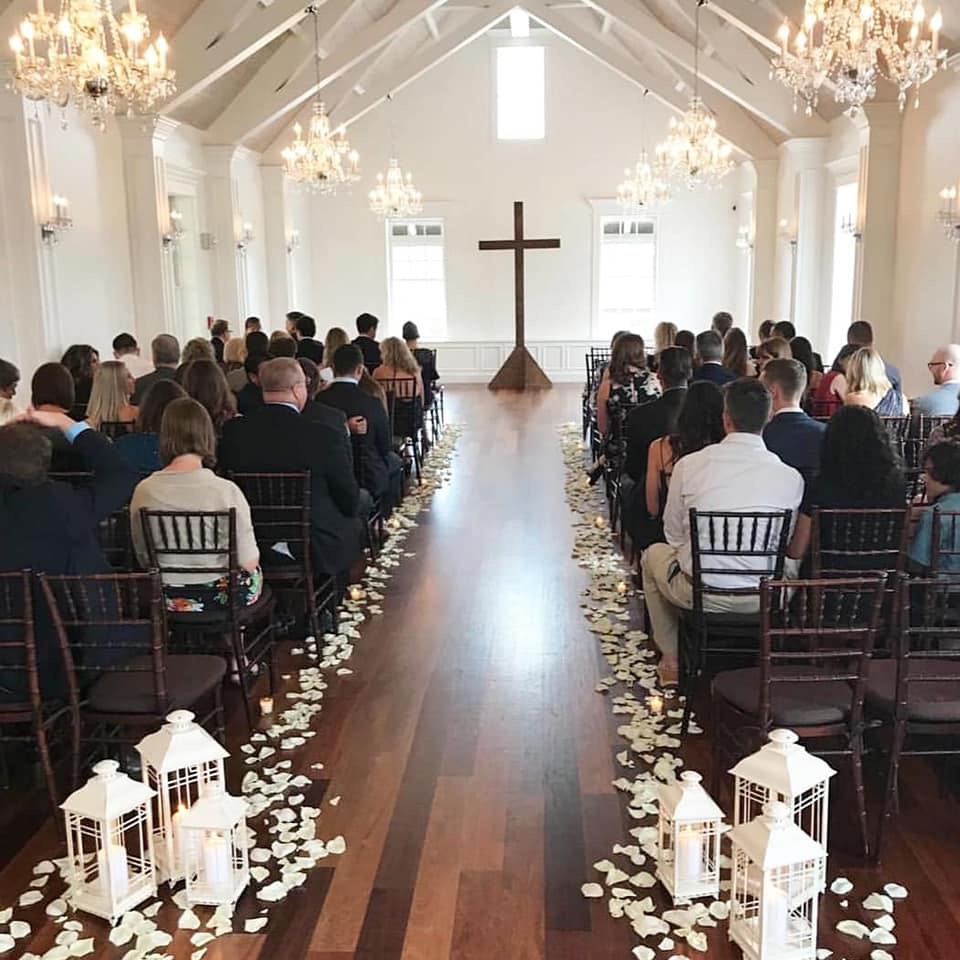 How to tell if the man you are dating is the one you should marry.

How I Knew Kyle Was “the One”

There came a point in time where I was at a crossroads in life with a choice to be made about my future- either I  would continue with Kyle or choose another path. I remember being at a loss over what to choose. Although I thought he was a great choice, I feared what may change in the future. How could I be sure of what he would be like 5 years down the road, or even 10? How could I be sure of what I would be like for that matter?

I felt like I was trying to decide if he was going to be worth the risk of marriage. If so many get divorced, then obviously their “gamble” wasn’t worth it. It seemed impossible to be sure of what the future held for us as a couple so I did what I knew to be wise- I turned to God. I reasoned that He knew what we were both like and if we would be good for each other so why not let Him weigh in with advice. Three things resulted from this that became so advantageous for us.

3 Things That Protected Our Marriage

When I could not decide whether Kyle was “the one”, I asked God for His wisdom over who I should risk my future with and He, sure enough, answered. After praying for a few weeks, I felt God assure me that Kyle was what was best for my future. He would be trustworthy.

From that moment forward, I knew I had God’s wisdom on the matter so I did what any reasonable girl would do- I listened to His direction. With assurance and confidence, I wholeheartedly moved forward into a future with Kyle. I had asked God and because He had answered, I wasn’t going to be fool enough NOT to listen.

Little did I know how that would benefit me all these 30 years. Even when my emotions would rage that I had made an awful choice, when we would be in the middle of a big fight, my mind would go back to that moment God gave me His guidance. Because I remembered God’s answer, I would feel reassured that Kyle was most certainly the right choice even when it didn’t feel like it. During difficult seasons in our marriage, one thing was still certain- Kyle was God’s plan for me.

Therefore, how could I give up on that?

How you can know if the man pursuing you is “the one” you should marry!

This assurance kept me secure during difficult times in our marriage and it also drove home the point that I had the best partner to weather the storms we would face as a family.

Through these years as a couple, I have seen the work of God in each of us. Honestly, it has been brutal at times but dying to self probably cannot be achieved any other way.  He has broken chains of self-centered ways, giving us a future we didn’t think possible. When I had feared what a future with Kyle might be, God gave me a future better than I could dream- a man worthy of a legacy we could pass down.

With the recent wedding of our oldest son to the anniversary card given by our youngest son, God has proven faithful with the guidance He gave me all those years ago. The words on the card from our youngest read, ” To 30 years of marriage and a legacy of love and service and fear of God that will last for generations.”

I had no idea how my fearful future would become a treasured legacy to hand down one day. To God be the glory for what only He can do- exchanging the baggage we brought into the marriage into a redeeming legacy for the next generations.

What Was More Important Than Our Future

What I had no way of knowing back then was that there was something even MORE IMPORTANT  than OUR FUTURE as a couple and it would be OUR HISTORY together. How could I have understood that what was at stake wasn’t just the RIGHT HUSBAND but the RIGHT FATHER for our future children?

That’s why it was critical not to base my decision on whether Kyle was “the one” on merely his education or work ethic or sense of humor. I readily looked for a spouse who loved God yet I did not fully comprehend that it was just as vital to choose a spouse who FEARED God.

What was equally important to look for in a man who loved God was that he also feared God. Click To Tweet

As I consider men who have not persevered in their marriage, those who have not done what was right by their wife AND children, I recognize it comes down to the fact that they had no fear of God to motivate them to die to self. Who is thinking of this kind of stuff when they are trying to determine if the man pursuing them is “the one”?!

I sure didn’t! But that’s why I needed to ask God about His opinion. He knew what was most important for a lasting, loving marriage as well as a God-honoring legacy to pass down for future generations. A man who fears God is the man I want to grow old with and who I want my children to emulate.

And that is exactly who God gave me…….. 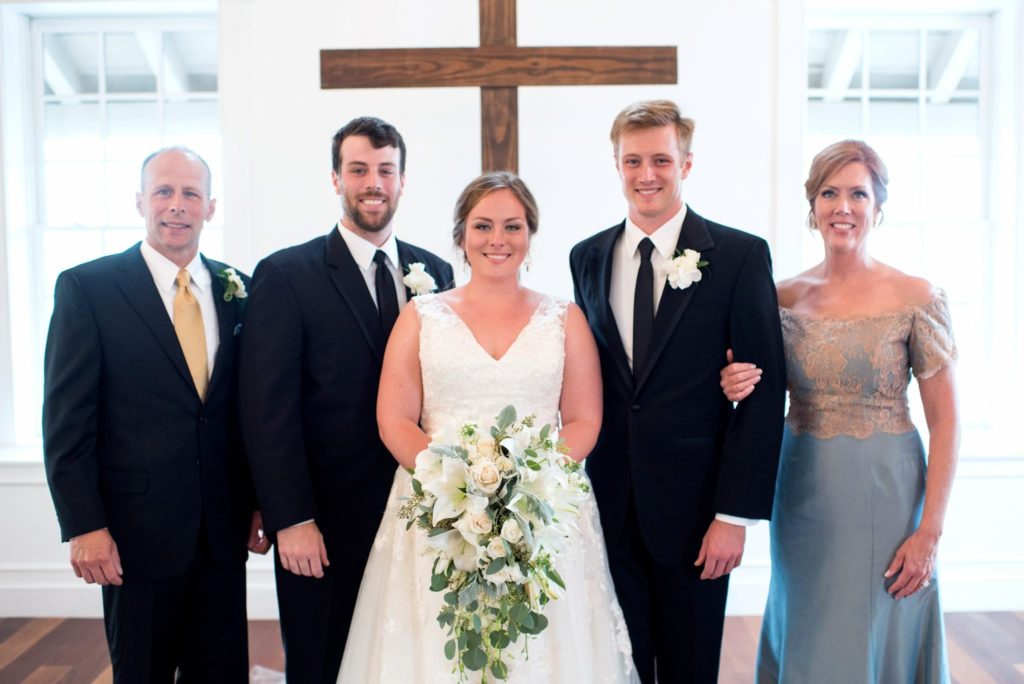 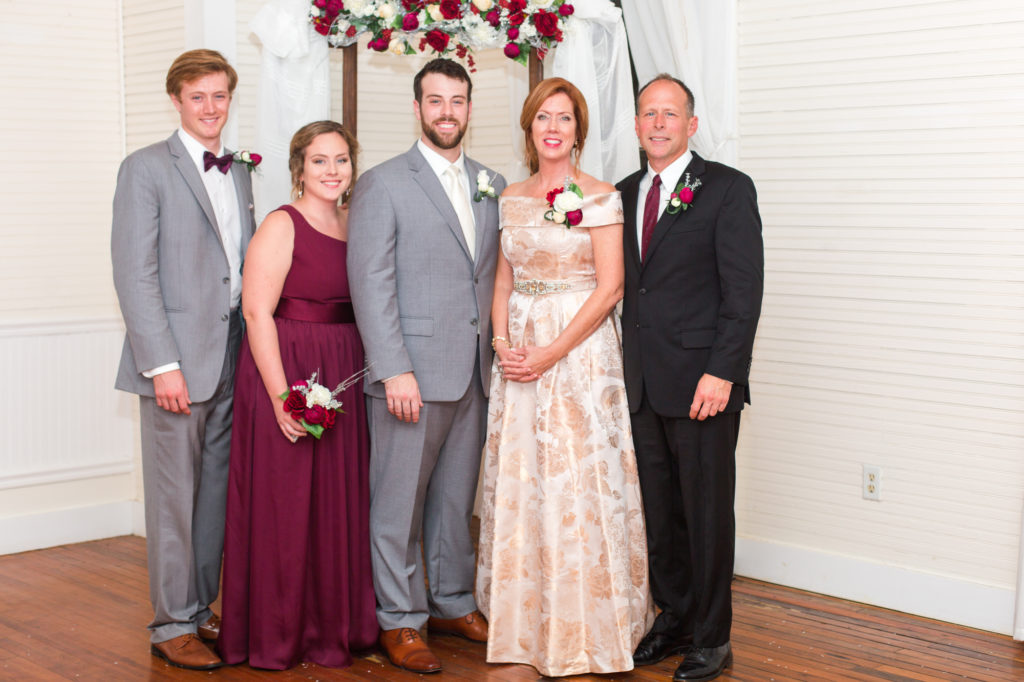 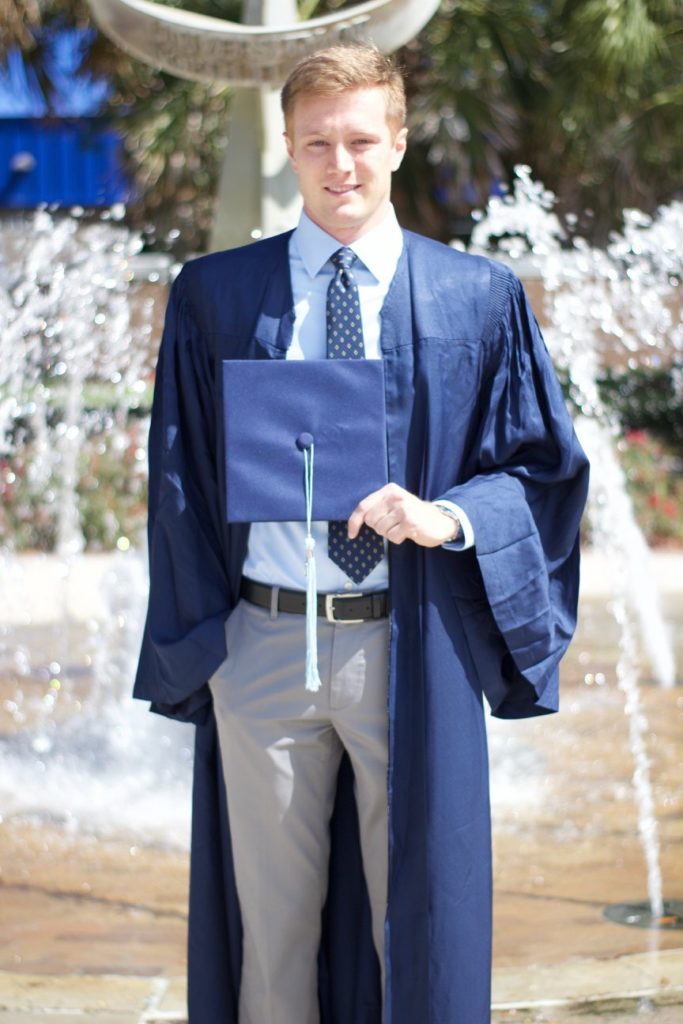 What a year! Our daughter’s wedding, our oldest son’s wedding (yes, 2 weddings within 3 months!), our 30th anniversary, our youngest graduating! Thanks be to God for the great things He has done!